The tanker market is facing significant crossroads in the weeks and months to come. In its latest weekly report, shipbroker Allied said that “the crude oil tanker market has managed to make successive gains these past few months, with a fair improvement having been noted in freight rates across all the different size segments since the beginning of June. Even the larger VLCCs showed a remarkable recovery path during this 2 months period, with hopes starting to emerge that even their rates would be able to reach impressive levels before the close of the summer period. However, it looks as though we are in the midst of yet another shift which seems to have already “stepped on the breaks” this past week.

According to Allied’s Head of Research & Valuations, Mr. George Lazaridis, “with concerns mounting over the potential hurt in demand and consumption that the slowdown in the global economy could bring, the price of crude oil has been steadily showing a downward trend since early June. What has been more remarkable is that this drop has been noted despite the still relatively tight supply being noted in the market. With the price drop, came a re-emergence of increased shipments which helped bolster freight rates across the crude oil tanker space. Yet it seems as though this trend has run its course for now, with several major importers showing inflated inventories and softening demand and consumption levels”. 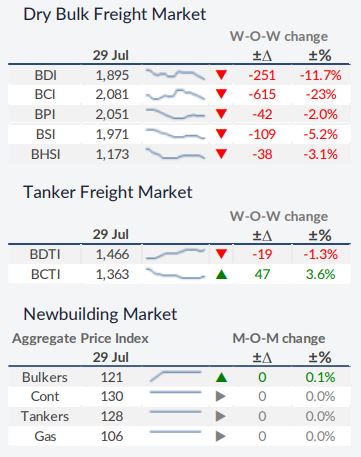 “This week’s news out of China of a weaker factory activity for the month of July than what most market analysts had expected was a “cold shower” for most traders as it compounded on weakened purchasing managers’ indexes out of South Korea and the euro area and the US economy shrinking for the second quarter in a row. Data coming out of other major emerging economies such as India haven’t been much better. Crude oil inventories reached their highest level since December in India this past week, showing the potential for a slump in appetite for further imports over the coming month”, Lazaridis said. 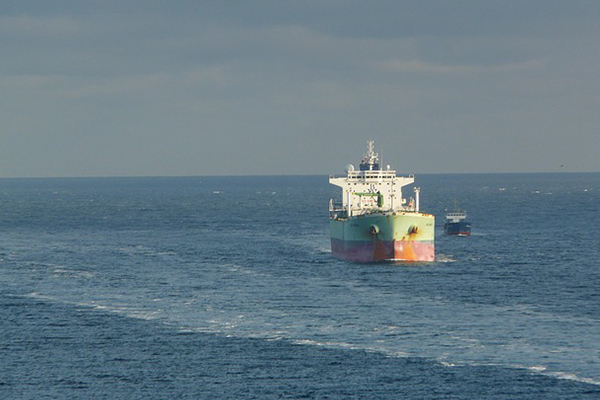 Allied’s analyst added that “yet it is still not clear which way things will go moving forward. Oil markets have been extensively volatile this year, with such huge swings in oil prices not seen since the 2008 financial crisis. At the same time, it looks as though Saudi Arabia’s crude exports soared in July to the highest levels since April 2020. Libya’s crude output was also on the rise this month, with production levels returning to their early April levels of 1.2 MMB/D. If we were to see the market lift from its relatively tight supply state, the resulting drop in the price of oil could help trigger a buying spree amongst major importers despite what the global economy is doing as most look to stock up with cheaper inventories”. 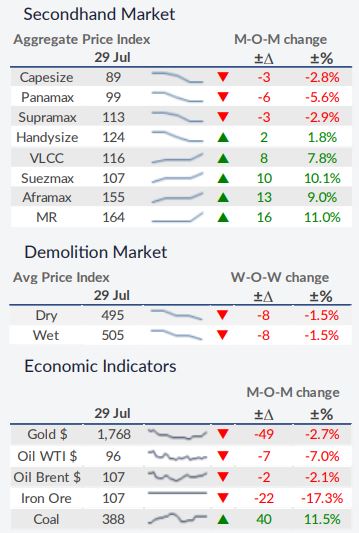 “Given that the expectation is for even more turbulent and difficult energy markets to prevail during the Autumn months, many countries will be looking to stockpile any and all cheap energy resources they can get their hands on. Where we to see a big enough slump in the price of crude oil, the freight market may well see a new and extensive rally emerge even within the remaining summer period. At the same time, with refining margins still at record-high levels, most major refineries will try to keep their inventories of crude oil at high levels so as to be able to take advantage of any and all price arbitrage opportunities that emerge amongst oil products. All in all the tanker market may have noted this past week a momentary pause in its most recent rally, yet there still looks to be plenty of opportunity in the market for further improvements to be had. Whether these will materialize sooner rather than later is a tricky one to call given the level of volatility and uncertainty noted in the energy markets right now”, Lazaridis concluded.
Source: Nikos Roussanoglou, Hellenic Shipping News Worldwide