Tanker Market Supercycle Unlikely, But There Is Reason for Optimism

The tanker market hasn’t witnessed the supercycle that every other shipping segment has experienced over the past 12 months and is unlikely to do so in the near future. However, there is reason for cautious optimism ahead.

In its latest weekly report, shipbroker Gibson said that “for tankers, it feels like every other shipping sector has experienced some form of super cycle over the past 12-18 months. Whilst tanker owners witnessed record low earnings, rates in the container and LNG sectors soared to record highs. Even dry cargo rates touched multidecade highs. Such volatile container, dry and LNG rates were largely unpredicted. Record container rates were partly caused by changing consumer trends, rebounding demand and port congestion; LNG benefitted from the energy crisis, low stocks, reduced pipeline flows and huge arbitrage between West and East, all of which made the cost of freight temporarily irrelevant, whilst diversions also created inefficiencies. Dry owners benefitted from resurgent demand and geopolitical alterations to trade flows, whilst the energy crisis boosted coal demand. Port congestion also featured. Tanker owners, however, continued to suffer from global mobility restrictions, which although impacting the market to a lesser extent in 2021 than in 2020, still prevented oil demand from exceeding pre-pandemic levels. Indeed, the oil market’s reliance on transportation fuel demand was its Achilles heel compared to other commodities”. 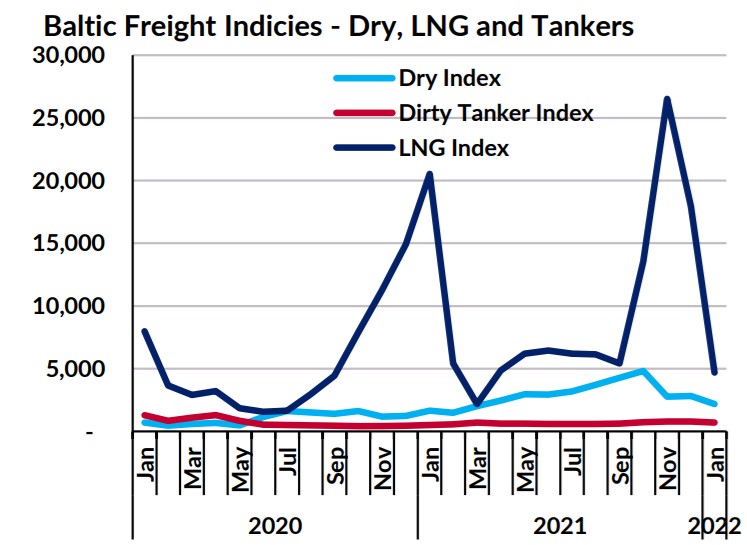 “So, the question is, should tanker owners be eyeing their own super cycle in the near term, or is this just a pipedream? On the face of it, the odds of such a scenario developing seems quite unlikely and is certainly not Gibson’s base case. Quite simply, oil demand is only anticipated to return to pre-pandemic levels this year, whilst the fleet has expanded by 4% since the end of 2019. However, there are a number of key factors to watch this year, which could have the power to boost, or significantly alter global oil trade and with that, give the outside chance of a significant upturn in tanker rates”, the shipbroker noted.

According to Gibson, “firstly, the underlying fundamentals (i.e. oil demand) must continue improve, whilst fleet growth needs to be moderated through scrapping, thereby creating a positive underlying environment. Secondly, additional support could come from low oil stocks, which when met with resurgent demand, will force an increase in seaborne trade for both crude, as refiners increase runs to meet demand, and products as those fuels are distributed to market. There is of course the added possibility that demand could ‘overshoot’ expectations as pent-up demand for both corporate and leisure travel rebounds. However, these factors alone would be insufficient to generate a super cycle this year”. 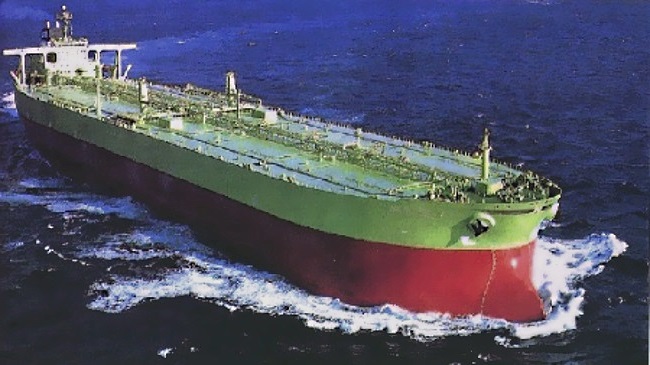 Gibson added that “critically, some form of ‘black swan’ event would be needed to propel tanker rates to near record levels and given the current geopolitical environment, such an event is not inconceivable. Just as a trade dispute between Australia and China impacted dry bulk trades, the risk of a major confrontation between Russia, Europe and the United States could completely redefine oil trade. Assessing the impact of a possible oil embargo on Russia is a near impossible task, but undoubtedly global oil trade and prices would be severely impacted. Of course, other geopolitical risks remain, whilst natural events could also play a role”.

“However, there are significant risks, particularly if oil prices rise too much. Increased inflation and reduced purchasing power is a threat to economic growth, which could cap the gains in oil demand. Likewise, the risk of more lockdowns has not yet passed, and we still need clarity on China’s long term Covid strategy, which continues to impact oil demand. Without a major overshoot in demand, or major disruption to trade flows, our base case remains modest for 2022. However, tanker owners should take comfort in 2023 newbuilding deliveries running at a ~25 year low and 2024 deliveries also looking to be relatively low. If anything, the past two years has taught us that anything can happen, and when it does, those who are agile and quick to respond, usually benefit the most”, the shipbroker concluded.
Source : Nikos Roussanoglou, Hellenic Shipping News Worldwide

Broadside Marine Pvt Ltd, is in the industry since 2016 offering shipping and technical services to its clients worldwide.