Tanker Spot Market Moving Away from Near Term Negative Fundamentals

With demand for crude oil moving downwards, global economic growth already in retreat and OPEC+ about to significantly cut production, one would expect that tanker rates would be heading lower. However, at the moment no such thing is happening. In its latest weekly report, shipbroker Gibson said that “the recent OPEC+ decision to cut production targets by 2 mbd from November onwards given concerns about a deteriorating economic outlook took many by surprise. However, dark clouds over the global economy are indeed gathering. The International Monetary Fund (IMF) recently updated its world economic outlook, noting a notable deceleration in GDP growth. The latest projections are for world economic activity to increase by 3.2% in 2022, down from 6% last year. This slowdown largely reflects major cooling in the biggest economies: US GDP contraction in 1H 2022, Euro area contraction in 2H 2022 and covid restrictions in China. A further slowdown in economic growth is expected next year, with global GDP anticipated to increase by 2.7%. The IMF stresses there are huge downside risks, with main sensitivities centered around further US dollar appreciation, energy, and food price shocks; ongoing tightening in financing conditions, geopolitical fragmentation, and a worsening of several property crises, as well as Covid restrictions in China”. 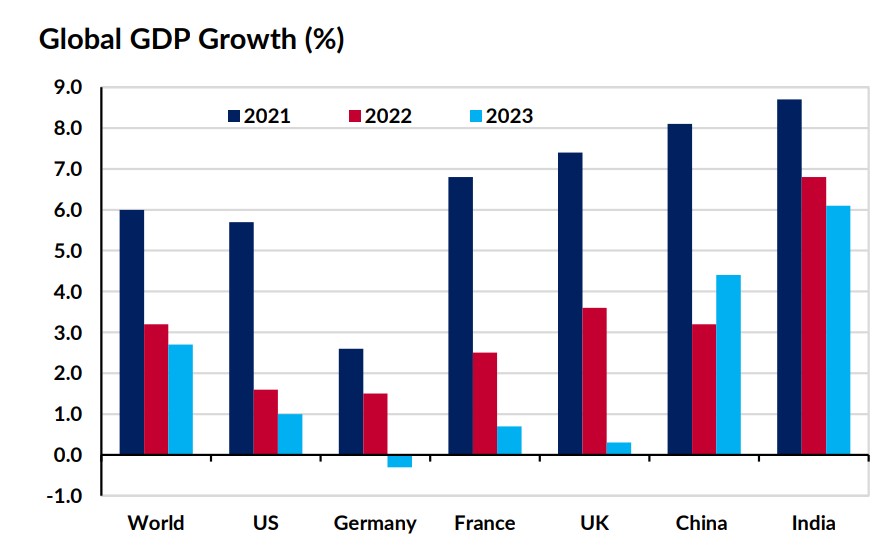 According to the shipbroker, “in terms of a regional breakdown, emerging and developing countries are projected to fare better next year than advanced countries, where the worst is yet to come. The GDP growth in the US is projected to slow down from 1.6% in 2022 to just 1% in 2023, as declining disposable incomes and higher interest rates take their toll on spending. In the Euro area, GDP growth is projected to decline to just 0.5% in 2023 from 3.1% in 2022, reflecting the spillover effect of the war in Ukraine. In contrast, GDP growth in emerging markets and developing economies is expected to increase by 3.7% both this year and next, relative to 6.6% in 2021”.

Gibson added that “these economic concerns prompted the International Energy Agency (IEA) to revise down their expectations for global oil demand as well. The agency reduced its 2023 demand growth estimates by 470 kbd, with world oil consumption now expected to grow by 1.65 mbd next year. Annual 2022 demand saw a modest 90 kbd downward revision, but the IEA expects global consumption to contract by 340 kbd YoY this quarter. With the economic storm in advanced economies expected to intensify, oil demand in OECD countries has understandably also been revised down. Oil consumption in the US and the OECD Europe is now largely expected to remain flat in 2023 YoY. However, the largest downward revision was made to China’s oil demand, on the back of ongoing Covid related restriction and on expectations that these restrictions will continue, at least in the short term. The IEA now sees Chinese oil demand growing at 0.8 mbd in 2023. However, as future lockdowns cannot be ruled out, there remains a significant threat of further downward revisions to Chinese demand, which accounts for half of global oil demand growth next year”. 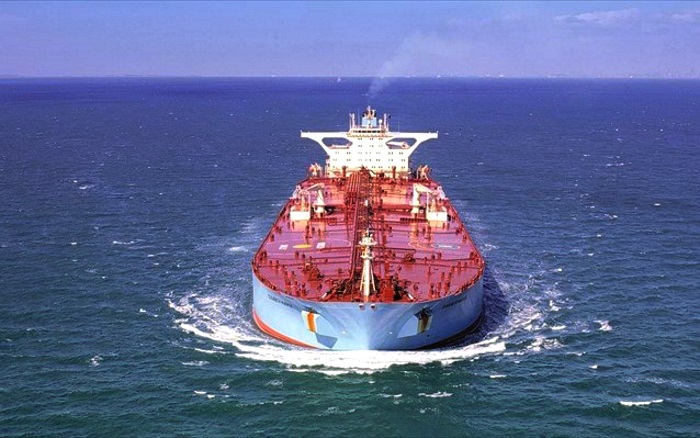 Gibson concluded that “all of the above points a rather gloomy picture for the near-term. Yet, with spot earnings in the crude tanker market spiking and strong returns seen for clean tonnage, there is a clear disconnect between the economic prospects, looming reduction in OPEC+ production levels and the current reality in the spot market. Of course, changes in trade flows are the main driver behind the current robust tanker earnings, with further increases in tonne miles into Europe to come once the EU ban on imports of Russian crude and products comes into force. However, there remains a big uncertainty in terms of Russian flows. A big chunk of tonne miles demand growth so far this year has been due to Russian crude travelling further afield. If these flows are to decline, this will remove an element of support to crude tanker markets. The same could also see oil prices well above $100/bbl once again, translating into even deeper global economic turmoil”.
Source: Nikos Roussanoglou, Hellenic Shipping News Worldwide