The tanker market is bound to face another round of shifts in trade flows, with EU’s seaborne imports of Russian oil, effectively banned henceforth. The increased ton-mile demand though, could prove to be beneficial for many tanker owners.

In its latest weekly report, shipbroker Intermodal noted that “Russia is the world’s third largest oil producer after United States and Saudi Arabia and the second largest crude oil exporter, portraying its major role in the global oil market. As reported for January 2022 market share, Russia’s total oil production was more than 11 mill b/d while for the US was 17.6 mill b/d and Saudi Arabia produced 12 mill b/d. The position of Russia on the supply chain of oil to importing nations has an advanced effect on shaping oil prices whereas the progressing geopolitical vulnerabilities are steadily changing the existing designs of oil streams. Nevertheless, the oil industry is also still confronting supply weaknesses from the COVID-19 pandemic”. 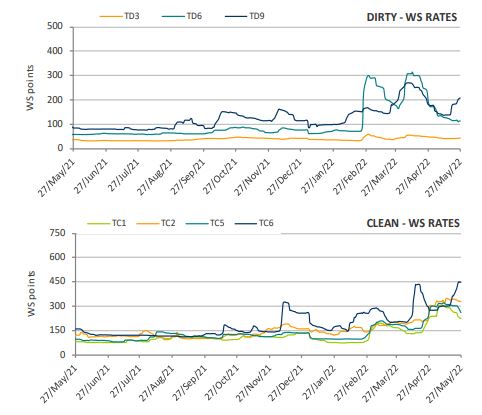 According to Ms. Katerina Restis, Tanker Chartering with Intermodal, “Europe is the biggest purchaser of Russian energy. According to Eurostat, Russian crude oil accounted for more than 27% of Europe’s imports in 2021. Respectively, this is approximately 2.4 mill b/d and about 35% of the aforesaid quantity was delivered via pipeline to Europe, as reported by the IEA. Furthermore, for countries such as Hungary, Czech Republic and Slovakia pipeline deliveries made up a greater share of Russian oil shipments (more than 90%). Over the weekend discussions took place between EU leaders towards the European Commission proposal prior to the Brussels’ summit, to apply sanctions on Russian seaborne oil imported into the EU while permitting inland energy importers such as Hungary, Slovakia and the Czech Republic to continue receiving Russian oil via pipeline, until alternative sources can be secured. In particular, Hungary had emphasized that pipeline imports should be exempted from any embargo, as such a ban would severely affect its economy due to its major dependency on Russian crude deliveries via the Druzhba (Friendship) pipeline”. 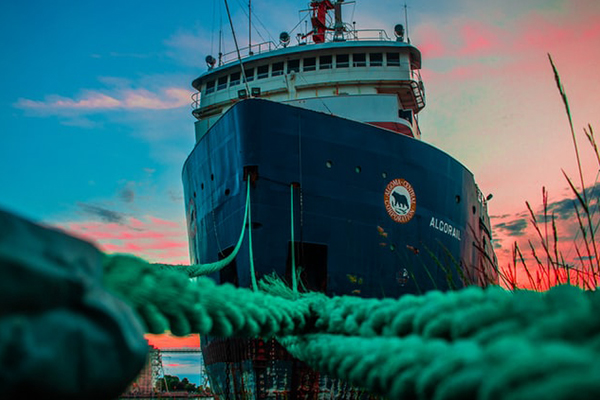 Intermodal’s analyst added that “accordingly, as of today the EU has in conclusion agreed on a partial ban on Russian oil imports. Russian oil delivered by tankers would be banned, while an exemption will be made for the southern segment of the Druzhba pipeline as reported. The northern segment of the pipeline serves Poland and Germany, which have agreed to the embargo and the southern part supplies Hungary, Slovakia and Czech republic. An exemption thus was agreed for the southern segment, which accounts for 10% of imports of Russian oil until substitute sources are secured. The remainder of the European nations will have until the end of the year to desist their oil buys from Russia and supplant them with imports from elsewhere. The results of an EU ban on Russian oil might have a disastrous effect on the supply chain”.

“Consequently, Tuesday’s oil prices rose as market participants closely monitored the prospects of Europe’s agreement to prohibit seaborne Russian oil imports. During Asia hours US crude futures for July were up 3.19% to $118.69, while Brent crude futures rose 1.52% to $123.52 as reported. Also, US crude rose to $119.42 per barrel at a time, a 12-week high reported. Energy prices while already soaring since the start of the year, have skyrocketed since the beginning of the war. Therefore, the restraint on Russian sales would promote significant additional financial pain. The embargo solely on seaborne oil purchases would cover about two-thirds of Europe’s imports from Russia. The ban agreed by the EU members may result in a diminish of 9.6 mill b/d supplied and thus drafting the lowest supply since 2004, at a time when the global oil supply already continues to be tight amid rising demand”, Ms. Restis noted.

“To sum up, the present situation is already causing a series of side effects on supply and oil prices and the future seems uncertain. The oil supply market may face a severe shortage if the strategy of substitution is not yet fully scheduled and feasible. Thus, the question remains which export countries will substitute the oil supply gap. As reported, West Africa, US and Middle East regions will be substitute oil suppliers. The transition already commenced, but the setting for a full replacement is still in doubt as Russia is one of the most essential leading players in the energy market”, Ms. Restis concluded.
Source: Nikos Roussanoglou, Hellenic Shipping News Worldwide