With the war in Ukraine raging for nearly one month now, it’s becoming apparent that oil stocks could become a major issue moving forward. In its latest weekly report, shipbroker Gibson said that “each week, we monitor developments in refined product and crude oil inventories. Even before the invasion of Ukraine and subsequent sanctions on Russia, stocks were low in every major trading hub, leaving the world exposed to a major supply shock. Although each region has its own supply/demand dynamics and that for now, Russian exports continue flowing, the world now finds itself in a very precarious situation just as seasonal demand would ordinarily be expected to increase”. 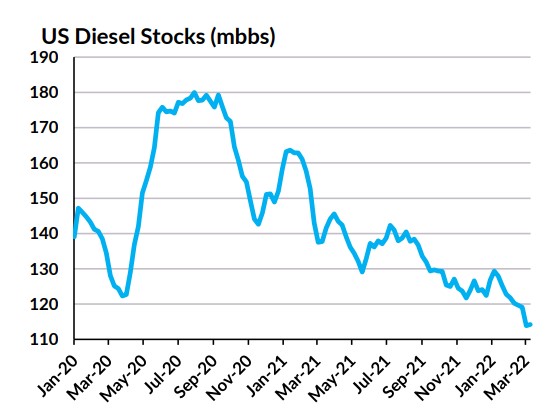 According to Gibson, “in the US, diesel stocks are the lowest for this time of year since 2014 owing to record oil demand, mostly driven by freight and industry. Following spring maintenance, which is now largely completed, inventories are expected to build again ahead of winter. However, refiners will be pressured to maximise gasoline output which could leave distillate stocks at historic lows. Alternatively, they could continue to chase distillate output, serving both domestic demand, exports, and stock building. Yet, this approach would then leave the country with a larger than normal gasoline shortage, necessitating increased imports of the road fuel. Gasoline stocks on the US Atlantic Coast are the lowest since 2014, whilst regional refining capacity today is 474kbd lower than 2014 levels. However, with gasoline prices recently exceeding $4/gallon, the strength of summer demand is a source of uncertainty”.

Gibson added that “in Europe, observed inventories in the Amsterdam-Rotterdam-Antwerp (ARA) area also sit at historical lows. ARA gasoil stocks are the lowest since 2008 and could remain under pressure for some time given the region was the largest importer of Russian clean products. Some Russian barrels will continue flowing unless fresh sanctions prevent it, with those under threat being at least partially replaced by barrels from the US Gulf and East of Suez. However, the key question is how will European refining capacity respond to tighter supplies, and to what extent can it offset lower imports?” 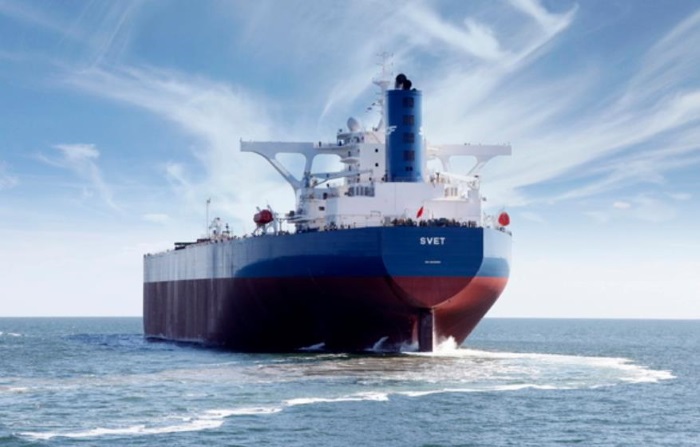 “East of Suez, the key trading hubs of Fujairah and Singapore are also experiencing tight inventories, although the degree to which depends on the product and location. Middle distillates in Singapore are particularly tight, partly due to reduced Chinese export volumes and regional refining capacity closures, whilst gasoline stocks have fared better due to regional lockdowns. Indeed, Chinese policy is a key factor to consider, whilst the Government has instructed refiners to lower exports in April and focus on domestic supplies following Russia’s invasion, renewed covid restrictions could reverse this decision if internal demand wanes. Chinese supply will be key to restoring the Far East middle distillate surplus required to ship more product to the West and until this occurs, flows are likely to remain restricted”, the shipbroker added.

“Ultimately, the only way for the supply tightness to alleviate itself is for refinery run rates to rise. Stocks may not recover to ‘normal’ levels for some time given the current market dynamics, however outright demand levels are a key area of uncertainty. Prior to recent events, demand had been on track to exceed pre-covid levels, yet now the economic fallout from Western sanctions on Russia is likely to prevent this occurring. Low inventories have reduced the oil industry’s ability to weather supply shocks, whilst also accentuating pricing differentials (arbs). Freight rates will likely remain volatile, and trade will become increasingly inefficient. Nonetheless, whether this creates a sustainable upturn in freight rates or not will depend entirely on the absolute demand levels”, Gibson concluded.
Source: Nikos Roussanoglou, Hellenic Shipping News Worldwide